Titre du document
Measurement and modelling of high-resolution flow-velocity data under simulated rainfall on a low-slope sandy soil
Année de publication
2008
Type de document
Article référencé dans le Web of Science WOS:000252562500002
Auteurs
Tatard L., Planchon Olivier, Wainwright J., Nord G., Favis Mortlock D., Silvera Norbert, Ribolzi Olivier, Esteves Michel, Huang C. H.
Source
Journal of Hydrology, 2008, 348 (1-2), p. 1-12 ISSN 0022-1694
The study presented here is focussed on the question of the hydraulic nature of the threshold that allows a rill to start. A rainfall-simulation experiment was carried out to produce high-resolution flow-velocity data. The experiment employed a 10 m x 4 m experimental plot with a 1% slope, which had been previously eroded and had a small rill formed in the middle. The experiment consisted of a 2 h 15'-Long rainfall at a constant intensity of 69 mm h(-1). Surface elevation was measured before rainfall at a horizontal resolution of 2.5 cm across, and 5 cm along the slope direction. During rainfall, flow-velocities were measured at 68 locations on the plot with the salt velocity gauge technology, an automated, miniaturized device based on the inverse modelling of the propagation of a salt plume. The experiment led to the collection of flow-velocity measurements which are novel in three ways: (i) the small size of the measured section, which was only 10-cm long and 1-cm wide, (ii) the wide range of measured flow-velocities, which ranged from 0.006 m s(-1) to 0.27 m s(-1) and, (iii) the large number of measured locations. The flow-velocity field was simulated with three models: PSEM_2D solves the Saint-Venant equations in 2D, MAHLERAN uses a 1D kinematic wave in the slope direction coupled with a 2D flow-routing algorithm, and Rillgrow2, which involves an empirical runoff algorithm that is close in principle to the diffusion-wave equation in 2D. The Darcy-Weisbach friction factor (ff) and the infiltration parameters were calibrated in all cases to investigate the capabilities of the different models to reproduce flow hydraulics compatible with the onset of rilling. In a first set of numerical experiments, ff was set uniform, and calibration used only the hydrograph. The comparison of simulated and observed flow-velocity field showed that PSEM_2D was the most satisfying model, at the cost of longer computational time. MAHLERAN gave surprisingly good results with regards to the simplicity of the model and its low computational needs. However, all models largely underestimated the highest velocity values, located in the rill. Furthermore, none of the models was able to simulate the Reynolds (Re) and Froude (Fr) numbers. The next numerical experiment was done with PSEM_2D. Non-uniform ff values were calibrated by fitting the simulated flow-velocity field to the observed one. The latter simulation produced realistic simulations of Re and Fr. The hydraulic conditions at the transition from interrill flow to rill flow are discussed. The results support the theory that supercritical flows are a necessary condition for a rill to emerge from a smooth surface.
Plan de classement
Hydrologie [062] ; Pédologie [068]
Localisation
Fonds IRD [F B010040954]
Identifiant IRD
fdi:010040954
Demander le PDF  DOI  HAL
Contact 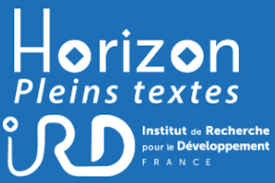